An interesting fact is that Sheikh Khalifa was replaced by his son Hamad, as emir in June 1995. Incidentally, this happened while the Sheikh was holidaying in Switzerland. 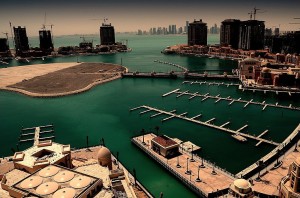 The popular young new emir advocated women’s rights, allowing them to drive and vote for the first time. ·

A majority of the development happening in Qatar has taken place in the last decade. There is a mounting ring of glorious buildings that polish Doha’s corniche that stand testament to this fact. ·

Qatar is an official member of the United Nations, the Organization of Petroleum Exporting Countries (OPEC) as well as the esteemed Arab League. · 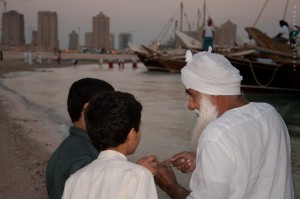 There are a number of high-profile events that the nation hosts, like the 15th Asian Games in 2006. It is sure to host the 2022 Football World Cup Tournament as well. ·

One of the most exciting cities in the country, Doha is a traveller-friendly spot with a dazzling ice rink. ·

Populous cities have an electric nightlife that tourists can enjoy. They can head to the convivial hotspot of Paloma or several other places as well like the lively bars in town that offer scrumptious snacks. Paloma is a much frequented place for live music and Tex-Mex food. ·

There have been some wonderful new projects coming up like the opening of the New Doha International Airport that has encouraged tourists to travel to the nation from the world over. ·

The fantastic focus of Doha on culture and art has seen scores of travellers visiting the city in search of entertainment. Most of them prefer renting a car and driving to the hottest locations around. ·

Lately, the youth has started to accept more westernised clothing, which has made tourists more comfortable. ·

The City Centre is a wonderful place where families can enjoy many evenings filled with fun and laughter, as they indulge in bowling and wall climbing. It is a thoroughly enchanting country that offers the average traveller some adventure, and also a sophisticated destination polished with decades of history.

Qatar is well known as a tourist destination to many as well as for being a stopover holiday spot. People who plan to visit the country often like to drive around visiting places, after they learn about some intriguing facts about the background of the country; some of which are listed below.