Reflections on 2014 Trip to Ecuador and Peru.

The problem with a post like this is where to begin because so much has happened in the last month that my head is spinning. To misquote someone from quite a while ago, the beginning is probably the best place…
Regular readers of his blog will know that South America has been a long held dream for me because my uncle travelled there more than fifty years ago, and enthralled me with stories which captured my imagination. One day, I thought, one day. 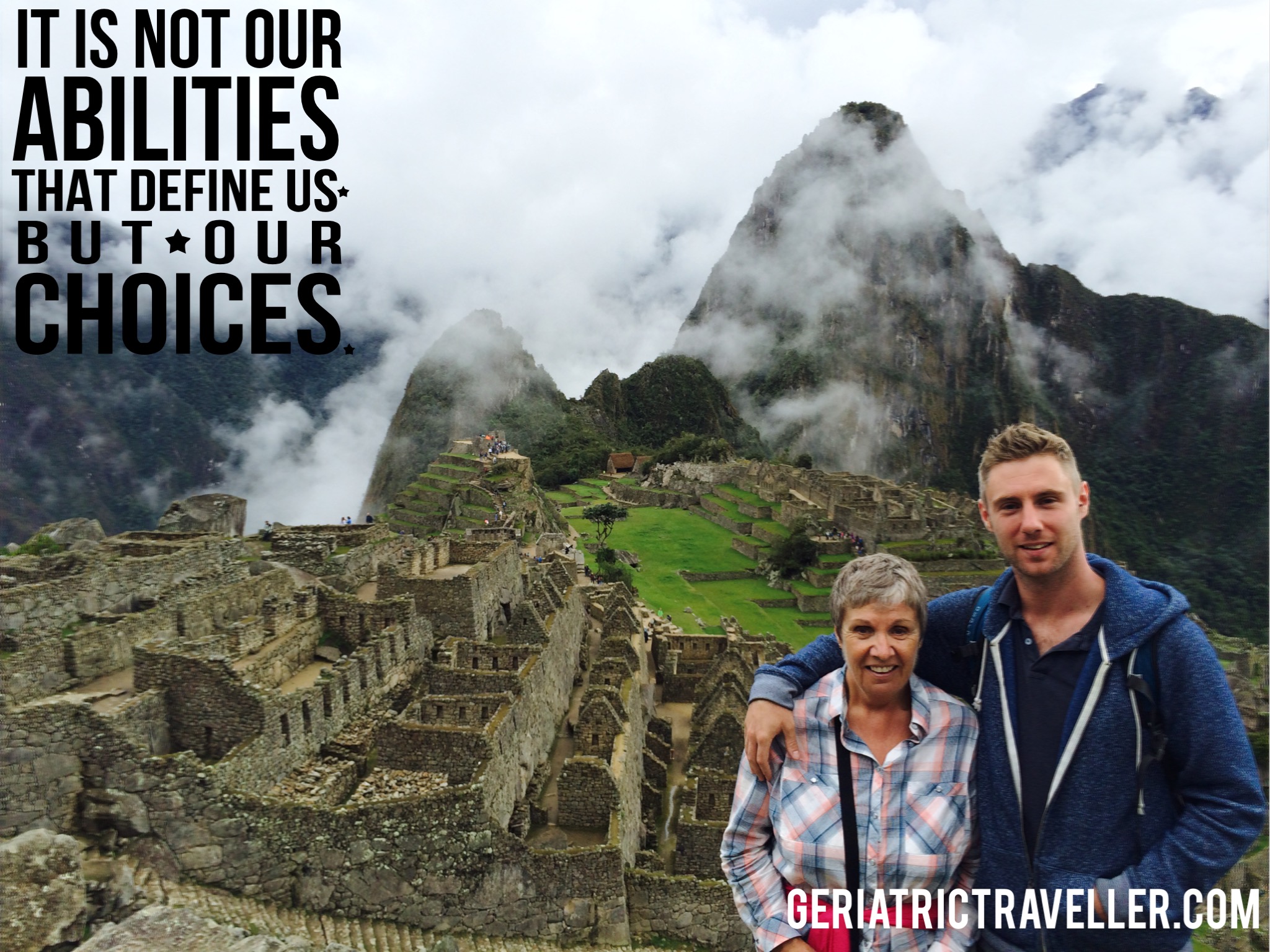 It’s not our abilities that define us, but our choices 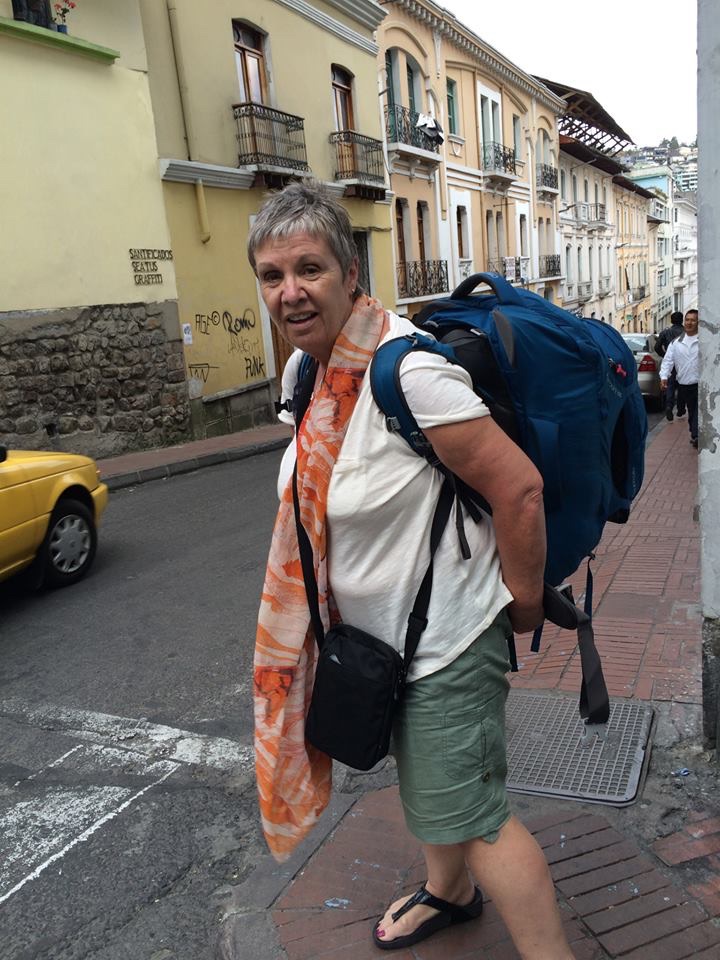 Struggling with the altitude in Quito, Ecuador

I suppose, somewhere inside, I wondered if ‘one day’ would ever happen. I even became reluctant to read travel stories about South America or the Gringo Trail because I didn’t know if my dream would ever be realised, and the older I got, the less likely it seemed.
Then I realised I had a son who also had itchy feet, but he had the nous to make his dreams and plans start to happen, all I had to do was hang onto his coat tails, and pick my journeys!
There have been many happy travels, in places as diverse as Kyrgzystan and Thailand, India and Uzbekistan, Myanmar, Estonia, and many others in between. 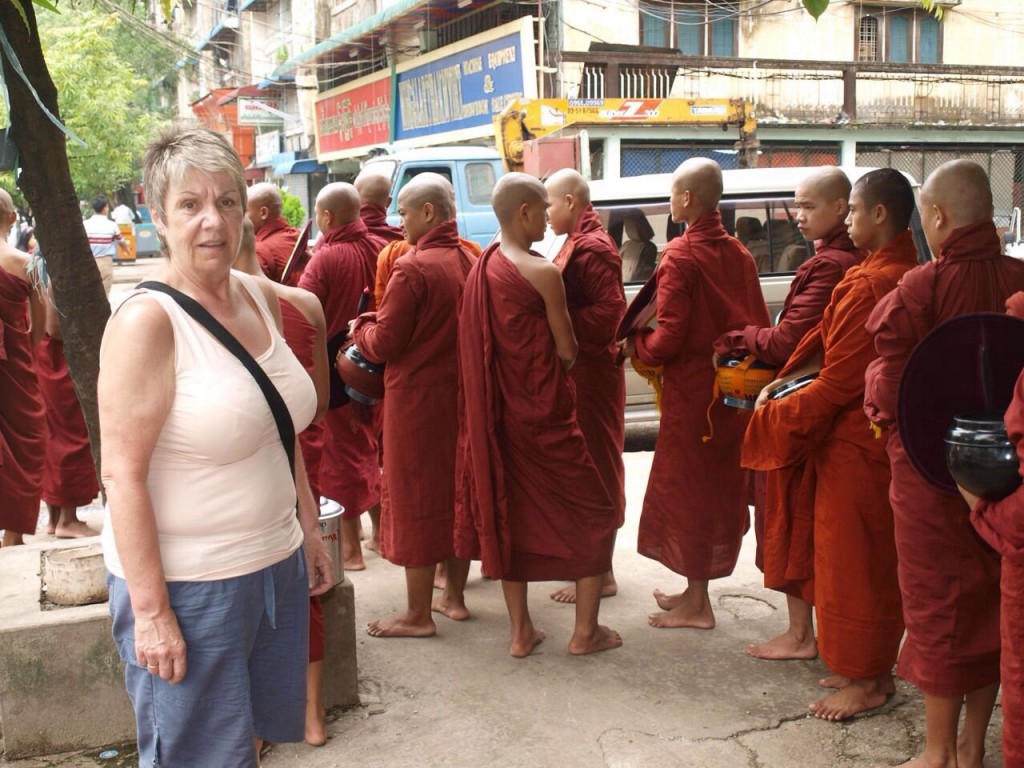 Hanging out with the monks in Burma/Myanmar 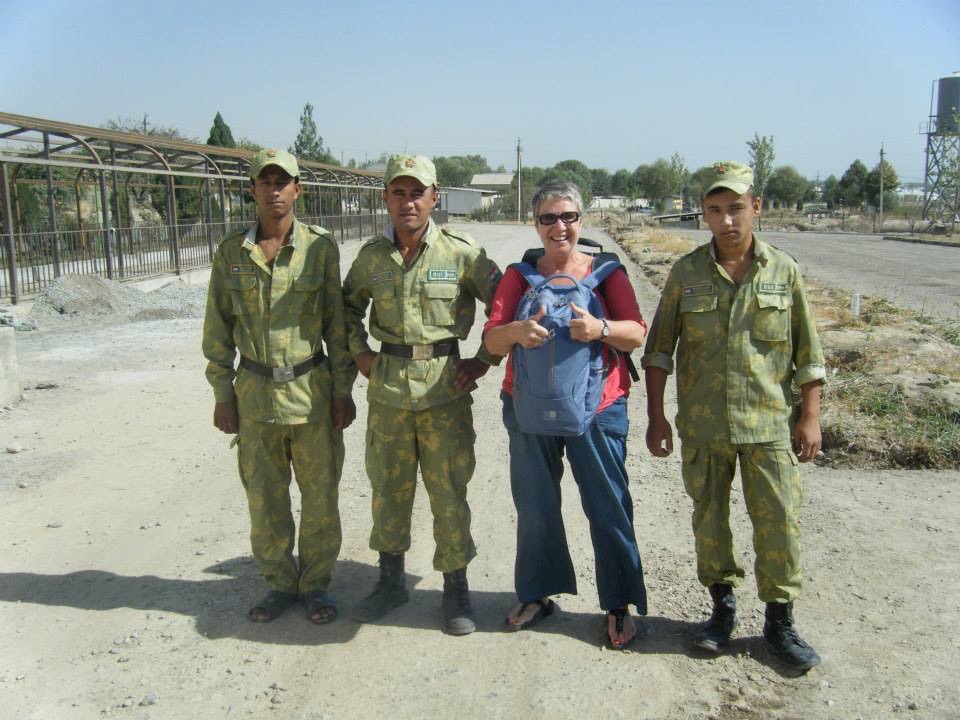 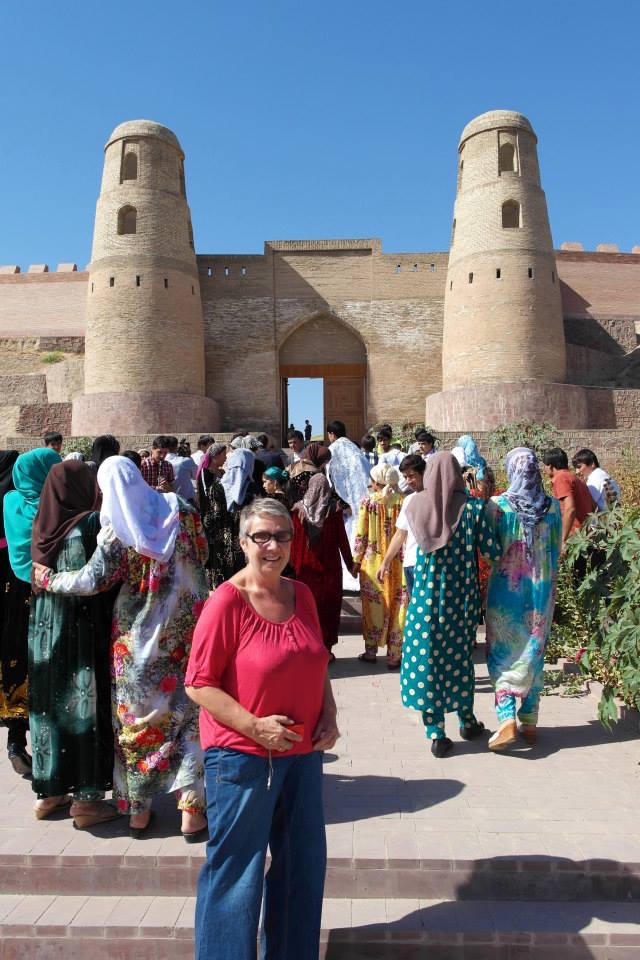 At a wedding in Uzbeksitan

I’m not in the business of country counting, that’s a young persons game, but I do reckon I’ve knocked up quite a few over the years. But South America, that was one of the biggies! I suppose that, added to the tales I was told, there have been large numbers of what may be apocryphal stories floating about as well, about the peace loving Inca tribes, about Antartica, about the roads through the Andes, about the rain forest etc etc…
I have tried to decide which bit I enjoyed most, and every time I consider the contenders, I come up with a different answer! I have concluded this particular break was, as far as I’m concerned, all things to all men.
I have been looking back at our itinerary, and wow, was it filled! If we weren’t hunting caimans in the Amazonian Rain Forest, we were flying over the world’s highest sand dunes in a dune buggy! I am 65 years old, and so many of these were ‘first times’ for me.

Where the physical stuff was concerned, I have to confess to a little advance unease because of my aches and pains, and Parkinsons, but Johnny, my son, was absolutely determined I would miss out on nothing, and thanks to his support, often physical, I didn’t miss a thing. 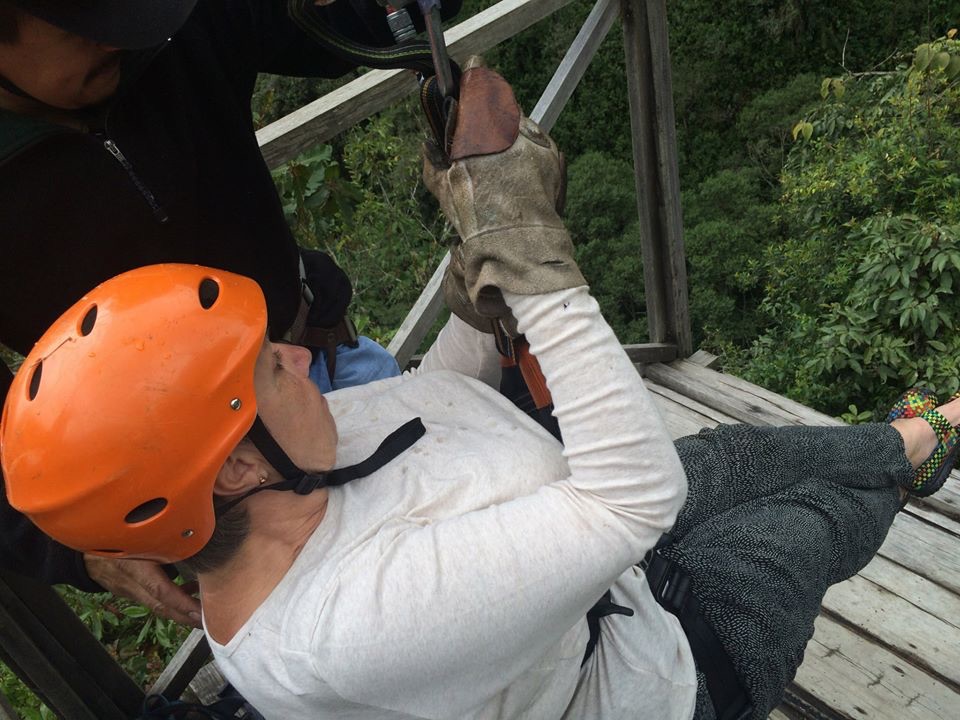 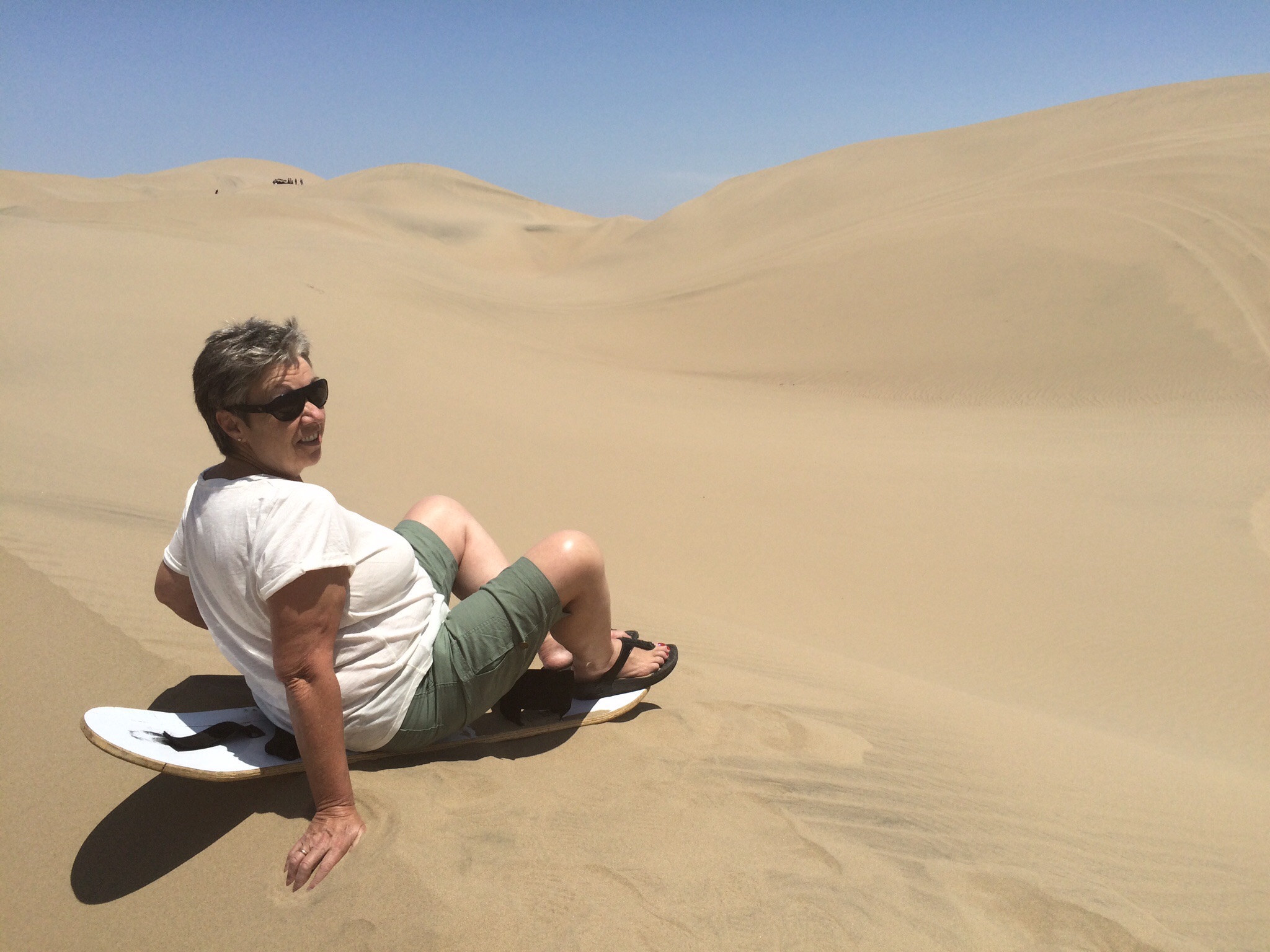 Mine might have occasionally been the restrained version, such as the sand boarding, but that was as much because of an injury and sheer unadulterated fear, as it was my advanced years and physical limitations. I am so proud of the fact, that in some cases, I ‘faced my fear and did it anyway’; and that was especially true of the sheer drops at Machu Picchu, especially the (very) narrow path with a drop of I don’t know how many hundreds of metres, to the bridge there. 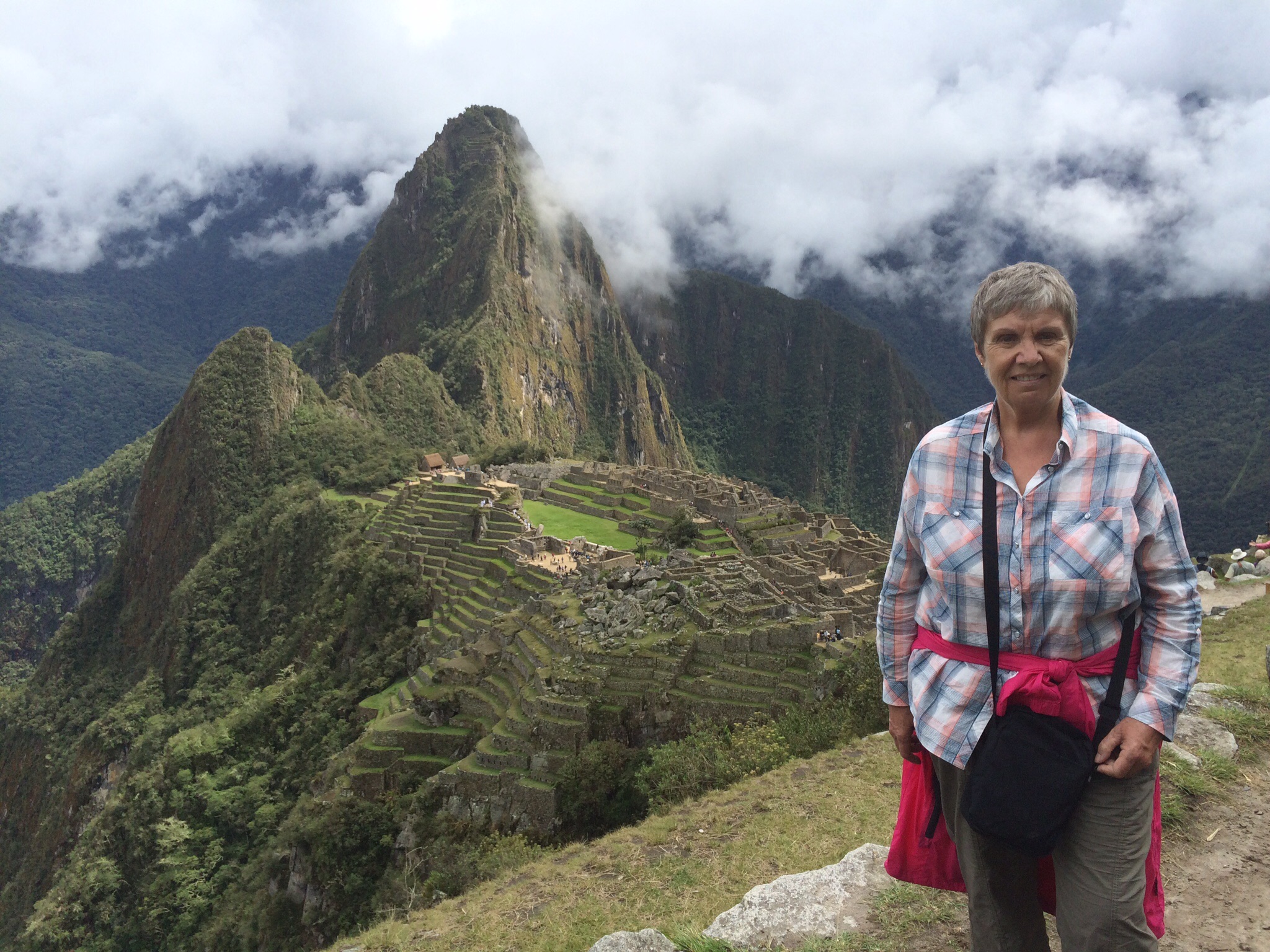 I hate heights like that,and I clung to the inside cliff the whole way along, but I got there! For me, 15 hour night buses, even back to back, are a walk in the park compared to a 50 metre cliff top walk, so my sense of achievement is huge.
I keep trying to isolate a best part, but each time I come up with one thing, I think of something else, equally special, but in a different way.

The Amazonian Rain Forest, Machu Picchu and straddling the Equator are up there, though! Any regrets? Two that I can immediately think of. The first is that our planned hang gliding was cancelled (poor weather plus an administrative mix up) and secondly, that the trip had to end! Anyway, now I have to start planning my trip to West Africa with Johnny next year, and I’m sure I’ll squeeze a few trips in before then too.