I’m writing this from a departure gate in Addis Ababa airport, and it’s 04.00am UK time. I want to share with you the saga of how I got here. 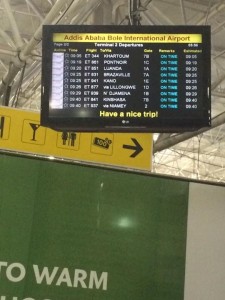 As my family will testify, it’s been a long held dream of mine to visit Burkina Faso in West Africa. In fact, it was/is in the top 5 on my bucket list. This year that dream of mine was to be realised! I was joining my son in Ouagadougou, the capital, on 20th of September. I found ideal flights, with a stopover in Istanbul long enough for me to have a whistle stop tour of the city, at a very good price, and decided to also visit Togo and Ghana. All that remained to do was to apply for the necessary visas. Turkey was easy – it’s an e-visa, Burkina Faso was painless and really quick, but the Ghanian one took a little longer. Not enough time to get time to get one for Togo, but I learned it is possible to get a 7 day visa on arrival there, so it was all systems go!

Or it was until 18th September, when I got a call from a friend. There had been a coup in Burkina Faso, and all borders, including airports, were closed! Aaaagghh!! 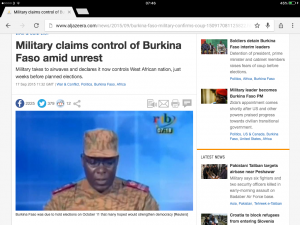 I immediately got in touch with the airline, and they confirmed Ouagadouhou airport was indeed closed, and that all flights there, at that time, were cancelled. Unfortunately the airline was unable to offer any further help because I had booked through an online agency, and it was up to them to sort me out.

Then the fun began! The number on the website was a high charge rate number, but fortunately I was able to track down an alternative. Good job I did, my 7 calls to them ranged between 9
minutes for the shortest to 29 minutes for the longest, and most were longer than 18 minutes! My phone bill will be interesting! The company were willing to refund the flight to Ouagadougou, but not the one to Istanbul, telling me I could go to Niamey in Niger instead. The fact that I did not want to go to Niger, or have a Niger visa did not seem to them to be an issue.

Patience, and more importantly, persistence, paid. Eventually the travel company agreed that the whole, rather than one leg, of my flight would be refunded, but that it will take up to 12 weeks! That’s a whole other battle I will face when I get home.

Much humming and hawing ensued, should I go to West Africa anyway and visit just Togo and Ghana or should I cut my losses and go somewhere else later in the year?

As you can guess, I decided to go anyway, but rather concerningly, I had to book again through an online travel company (albeit a different one). My flight to Togo was rather convoluted – Dublin to Addis Ababa, Addis to Accra in Ghana, and then, Accra to Lome, the capital of Togo. All systems were go until about 3 hours before I was to leave I got an email from a third party acting for the travel agent telling me the first leg of the flight was cancelled! Consternation! Was this trip completely jinxed? I immediately rang the airline at the airport, and discovered the email was a hoax. Apparently a number of people received the same one, and the airline are endeavouring to learn where it originated.

From the opening sentence you will have realised all has gone to plan. And it continued to go well, and turned into one of the best ever trips – so all’s well that ends well indeed! 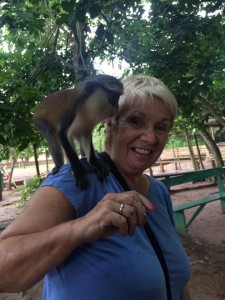 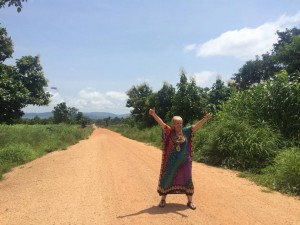