Denmark was at one time the seat of power for the Vikings. Today, it is a modern, bustling country that is generally believed to be one of the happiest countries in the world. Denmark is a lovely little part of the Scandinavian region, and it has today become one of the world’s most popular tourist destinations. The capital Copenhagen has the most Michelin-starred restaurants in the Scandinavian region, and even a visit to a small roadside café can be a gastronomic delight! 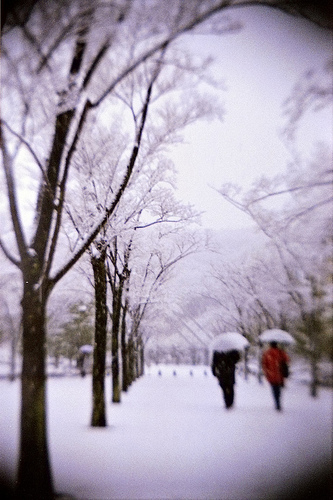 Denmark offers the visitors much more than just its world famous culinary delights. There are smaller towns such as Ribe and Odense, which have a unique and unexplored charm. The medieval castles doting the countryside, the tiny 18th century villages, the lovely churches of a long-gone era and above all, some of the world’s most beautiful countryside are a few of the most attractive features of the country. The renowned Danish excellence in design is something that can be observed even while travelling on the Copenhagen metro or while visiting its stores. The sea is always less than one hour away and the beaches are splendid.

Flights to Denmark
Flights to Copenhagen are easily available from all over the world. Denmark has two major international airports and several other smaller ones. Most European airlines offer flights to Copenhagen, and the airport is only 8 km. away from Central Copenhagen. You can also travel to Denmark by train, since most of the West European cities are connected to the Copenhagen train lines. By road, the German Autobahn is a good alternative, with some part of the journey being completed by using the car ferries along the way.

When to Visit Denmark

As per the recommendations of the locals, June, July, and August are the best time to visit Denmark. It is not just about the weather being beautiful during these months, but the open air concerts are also in full swing, with the museums being open for longer hours. Even during May and early June, the weather is nice and warm. The number of visitors during these months is much less and the beaches are also not so crowded.

Denmark is a small country and it has an excellent network of roads. Public transportation facilities such as buses, trains and ferries abound. The best way to see Denmark is by driving around. The Marguerite Route passes through 100 Danish attractions and is a 3500 km. long drive through areas of fabulous natural beauty and interesting Viking ruins. You can also go cycling through the Danish cities and countryside, since it is safe, easy and most cities have dedicated cycle routes.

Things to Do in Copenhagen

There are so many things to do in Copenhagen, and the laid back style of this capital city makes it easy for the visitor to set his own pace. The cobbled streets, the amazing network of canals, and the delicious cafes and restaurants are but a few of the charms of this city. As with any Scandinavian capital, there are a lot of museums and some priceless paintings within them. At the Danish National Gallery and the Ny Carlsberg Glypotek, works by Picasso, Rembrandt and Matisse can be enjoyed by the visitor. Danish architecture has made its mark all over the world and the best examples can be seen in buildings, such as the Rundetarn, the stunning City Hall and the iconic Opera Hall. Two of the world’s oldest amusement parks are both located in Copenhagen and among them, Tivoli, located in the centre of the city, is one of Copenhagen’s most popular tourist attractions.