Cyprus — The Best Driving Routes in a North/South Divide

A few years ago, planning a driving route around both sides of Cyprus would have been near impossible due to the strict border regulations. Now, it is a very much a reality; and a trip that thousands of Brits are planning to take this year. 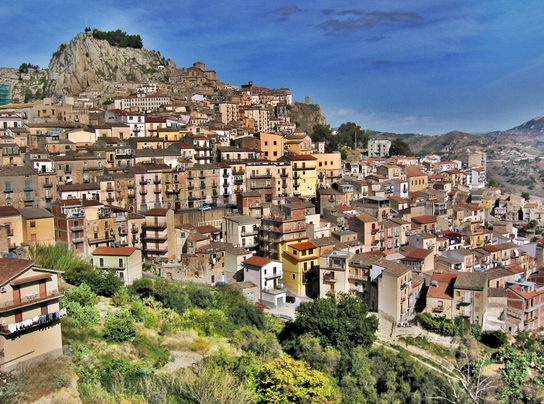 The north and the south sides of Cyprus are both as intriguing as they are unique. To experience both of these, you’re best off basing yourself in Larnaca; it’s in the south but is very easy to get to and from either side.

If you’re planning on spending a week or ten days exploring the country, you’re best off hiring a car for the duration. There’s no railway network in Cyprus and the buses don’t run very regularly; traveller’s bible Lonely Planet says that driving is “the only really effective way of getting around the country properly”.

Handily for the Brits, Cyprus is also one of the few countries in which you drive on the left, which eliminates any awkward roundabout moments.

Start your holiday with a few days exploring the northern (Turkish side of the country). One of the first trips you should take from Larnaca is to the island’s capital Nicosia (about 45 minutes’ drive). It is now the worlds only divided capital city, and inside its walls are some impressive landmarks such as Faneromini Square and the Archbishop’s Palace.

Around 35 minutes’ drive from Nicosia lies the increasingly popular destination of Kyrenia — it is well worth spending a late afternoon here watching one of the island’s beautiful sunsets. The town boasts a gorgeous harbour, at one end of which sits Kyrenia Castle, a local landmark not to be left undiscovered.

If this historic town inspires you, then take the scenic drive along the northern coast up to Kantara Castle. The route is peppered with sandy beaches and greenery, ideal for grabbing a quick stop-off (and photo opportunity) whenever you need a break. Kantara Castle is said by some to be the inspiration for Sleeping Beauty’s castle — and its grandeur must be seen to believed.

After a few days spent exploring the Turkish north, move onto the Greek side of the island. The difference between the two is still stark, despite the political climb the country has taken. Although parking is not always free (unlike in the north of the country), it is still very cheap in the south — a few euros will get you a day’s parking in most areas.

From Larnaca, you have a choice in the journey you make to the bustling area of Paphos – the gorgeous sea views via the southern coastal road, or a more intrepid route skirting the great Mount Olympus. Either one will take a couple of hours to reach the modern city, where you can stretch your legs with some shopping, authentic Greek cuisine and seaside cocktails.

But there’s more to Paphos than eating and drinking. A few miles away lies the sleepy village of Peiya. It’s nestled on some steep slopes which can take a while to climb if you want to leave the car at the foothills — but the views over Coral Bay and Paphos beach are well worth the journey.

Beyond Peyia, at the top of the coastline, lies the famous Baths of Aphrodite. The beauty spot is said to be where the Greek goddess of love used to bathe, and is now a spot of serenity close to the fishing harbour of Latsi.

The contrast between the two sides of the island is vast, and will feel in some ways like two separate holidays. Make sure you book your rented car, plan your journey and enjoy the experience; because for this island, it’s definitely a case of opposites attract.