2015 was quite a year! Five totally new countries, but one on my bucket list which was initially planned didn’t happen! Burkina Faso, up until autumn 2015, one of the most peaceful countries in West Africa, had a coup-d’etat two days before I was to fly there! Borders closed, airports shut meant there was no chance of going, and while I was initially very disappointed, visiting Ghana and Togo certainly compensated. 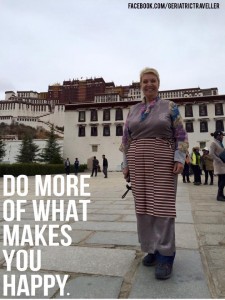 2015 was quite a year! Five totally new countries, but one on my bucket list which was initially planned didn’t happen! Burkina Faso, up until autumn 2015, one of the most peaceful countries in West Africa, had a coup-d’etat two days before I was to fly there! Borders closed, airports shut meant there was no chance of going, and while I was initially very disappointed, visiting Ghana and Togo certainly compensated.
I was lucky enough to spend week in each country, and did lots of touristy things, (although it must be said that tourists were thin on the ground!) a wild life park, a monkey sanctuary, and also including a visit to a local Voodoo market! It was quite fascinating, and truly bizarre! 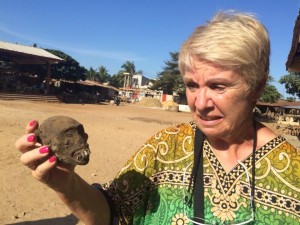 Togo in particular resonated with me, perhaps because it has been relatively neglected by corporate/government aid, and thus the people are not in any way grasping or greedy. They appear, in fact, to be willing to work and graft, and try to make their own way. 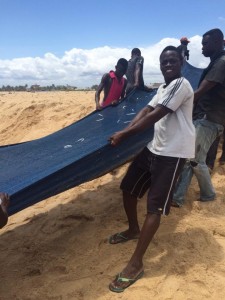 In early 2015 I was offered the opportunity to go to Tibet, and obviously I grabbed that opportunity with both hands! Although a province of China, albeit autonomous, I believe most people, inhabitants in particular, regard Tibet as a country in its own right. A visit there only reinforces that feeling.

The journey to Tibet was awesome in its most literal sense! We got on the train in Chengdu in western China, and forty six hours later arrived in Lhasa, capital of Tibet. The train travelled through the Himalayas, and the views from the windows were breathtaking! Not only that, but the heights to which the train climbed meant sea level was a distant memory. Throughout the journey, pure oxygen was pumped into the cabins, and masks were available as required. 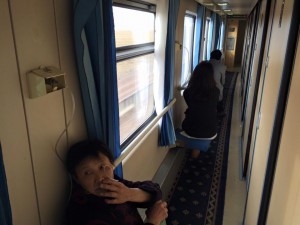 Lhasa was equally enthralling, and was wholly captivating. 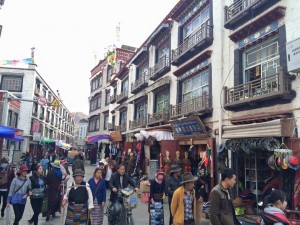 A road trip through the Himalayan foothills proved interesting – not only because of the magnificence of the surroundings, but also because of communication from family and friends. It was April, the time of the Nepalese earthquake, a devastating phenomenon whose aftershocks were felt for miles. One of the few towns in Tibet to feel the effect was Shigatse. Guess where we stayed the night before the quake? Spot on – Shigatse! Small wonder our nearest and dearest were concerned – they weren’t to know we left three hours earlier. In direct contrast to many, we were safe, well and unaffected.

In June 2015, I had a short break in Tunisia. It was to be just rest and relaxation, and initially it was just that, with obligatory visit to the souk! 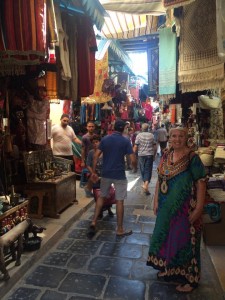 We were on a local train on our way back to the hotel when the shooting happened in Sousse. Again, the first inkling we had was by text. The Tunisian shooting was a different kettle of fish to the earthquake. It was a deliberate act, albeit one by a deluded fantasist. The effect on Tunisia and its people has been catastrophic, because their main source of income, tourism, has been wiped out; and it is so so undeserved. North African people, in my experience, are, in the main, very warm, welcoming, and non judgmental; in fact everything we should all be!

This belief was reinforced by an all too brief return (after approximately forty years!!) to Morocco. Just before Christmas I had a long weekend in Marrakech, and it was wonderful; it was the same ‘in your face’, ‘buy from me’ mayhem that I remembered, and I loved every minute. 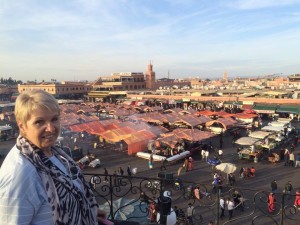 I’m writing this, and I’m thinking, ‘how lucky am I?’ Travel was always an attraction, and I suppose, given the times that were in it, I did my fair share when I was younger. But nothing compared to this! Thanks to my very generous minded children, and especially my itchy footed son, I have been to places and done things I could only have dreamt of before. How lucky I am, indeed!